Group Decision Making Analysis is a team building exercise that provides an opportunity for team members to discuss and agree how they can make effective decisions, using the appropriate decision making style for particular situations.

Unlike a lot of the tools and techniques on WorkshopBank it focuses on improving only 1 key process – how to make decisions in a better way. Most groups and teams can improve decision making, don’t you think?

Download free slides... enter your email address at the bottom to get this team building activity in your inbox

Download free slides... enter your email address at the bottom to get this team building activity in your inbox

Why is it useful?

When Would You Use It?

Brainstorm ideas – no discussion – no critical evaluation – until one emerges that is accepted by the group; all others are discarded or bypassed by simple lack of response.

Chairperson or leader makes the decision for the group, either with or without discussion. Group ‘buy-in’ is limited because the outcome is imposed.

Two or three dominant people ‘railroad’ the group into a decision. Scant opportunity for group to challenge and hence validate outcome. Often agreement by intimidation! An advantage could be that it may be highly productive to appoint a small number of experts from within the team to discuss and reach a decision on behalf of the wider team than it would be to involve everyone.

Formal voting or polling to identify the outcome most favored. Can promote coalitions of ‘winners’, and losers that feel disenfranchised by the process.

Alternatives discussed until one emerges that is favored by most members whilst others express their support, grudgingly or otherwise! Dissenting members at least have their views heard and commit to live with it. A downside however is that it demands high levels of commitment, time, energy and maturity from those involved so should be saved for those situations where a consensus will reward the high investment.

All group members agree totally on the course of action or outcome selected. Difficult and often unrealistic to attain with diverse groups.

Nick Martin has more than 18 years experience as a change manager and is the founder of WorkshopBank.

Our vetted network of experienced consultants will support you to design and deliver your next  event, workshop or program.

Get a free activity every 2 weeks 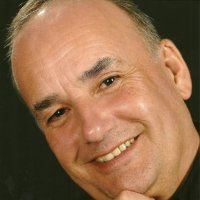 "The quality of WorkshopBank's contribution towards improving team performance is extraordinary."

Please log in again. The login page will open in a new tab. After logging in you can close it and return to this page.